The courage to be disliked is a book around the work of a 19th century psychologist who determined that happiness lies within the individual and doesn't depend on the past whatsoever. I really enjoyed reading this book, and would recommend it to anyone at all walks & stages of life.

The book is structured as a dialogue between a curious youth and a philosopher that the youth had sought out to answer some questions. This was intentional by the authors to try and answer questions that the reader could come up with while reading, I found this really effective and found myself having a question and then it immediately would come up moments later while reading.

What I took out of this book was:

Overall, the book is broken into five 'chapters' resembling separate nights in which the youth would visit the philosopher, discuss topics, leave with concepts to contemplate and return on the next night with questions.

Focusing on the past helps nobody

The key point that I took away from this chapter was most things are generally explained in the world as a cause & effect. The standpoint of the psychologist is that rather than focusing on how something in the past affected an outcome, it's rather in the view point of the current goals.

This chapter goes into an example of a recluse youth who wouldn't go out for anything, rather preferring to stay at home, inside. The youth argues that this could be due to his upbringing and things that had happened in the recluse's life, while the philosopher returns with the reasoning behind the recluse's nature is because of a possible current goal that person may have.

The philosopher argues that the recluse youth may desire attention and affection from their family, and thus by not going into the outside world, that protects the youths situation from changing. Putting it in the frame of which the reasoning is dependent on the current goal of the person in question.

All problems are interpersonal relationship problems

This chapter I personally strongly agreed with. The viewpoint in which all problems derive from one human interaction with another and how this is closely tied with the 'feeling of inferiority' causing dilemmas in the world.

By recognising these feelings as subjective, this puts the power to control how we perceive them in the hands of the individual. Although they can easily turn from inferiority to superiority, which can be as detrimental.

This chapter delved into a way of life in which one does not live to satisfy the expectations of others and a viewpoint which denies the desire for recognition for others.

But if you lead such a selfish life, will that not only cause more interpersonal relationship problems? The psychologist standpoint is this in to 'not behave without regards for others' and this is achieved through the separation of tasks.

This concept is portrayed through a child-parent relationship and the topic of studying. A common scenario for this is a heavy handed approach by forcing the child to study either by incentive or punishment, which inevitably may lead to the child resenting the practice which is perceived as favourable.

The solution that is presented is if the parent leaves the task in the child's responsibility, but only seeks to provide assistance, if and when the child seeks it. Which hopefully leads to the child seeing benefit in their own actions and enjoying a beneficial action.

Self value, horizontal relationships and individualism

By delving into a typical 'self-centred' viewpoint in which someone is the centre of their own world and the viewpoint in which everyone else is to live up to their expectations (detrimental as mentioned earlier), the philosopher attempts to present the standpoint of living for the benefit of the community.

Rather than looking at things with expectations for others, by living as if how your own personal actions can be of benefit for others subsequently can lead to a more fulfilling life.

As soon as one puts themself in a 'vertical' relationship, wherein one is believed to be superior/inferior to the other, this is only going to cause further interpersonal relationship problems and the cycle continues.

By rather living as if everyone is equal, and lives to the benefit of others, this concentrates a fulfilling lifestyle and is beneficial for everyone involved.

Live for the now, not the past or the future

When you take in all the points & concepts raised above, this are only enhanced further when you take in the concept that the past & the future should not matter whatsoever on the actions you can change now.

Therefore by living for the moment, not letting the past be the cause and effect of who you are, living for the benefit of others and treating everybody equal, I find these great steps to leading a more fulfilling, happy life. 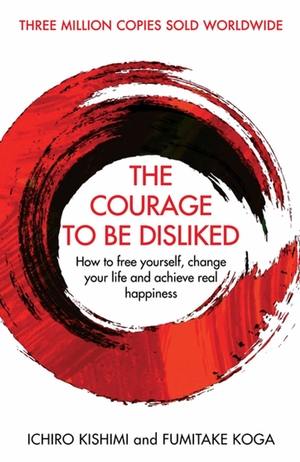