To find the value of \(\theta\) that minimises the cost function, there is a mathematical equation that gives the result directly, named the Normal Equation

For example if this equation was run on data generated from this formula: 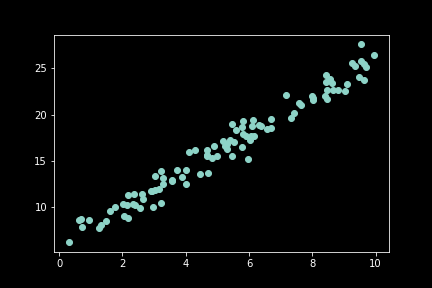 Now to compute \(\hat{\theta}\) with the normal equation, we can use the inv() function from NumPy's Linear algebra module:

Since the noise makes it impossible to recover the exact parameters of the original function now we can use \(\hat{\theta}\) to make predictions: 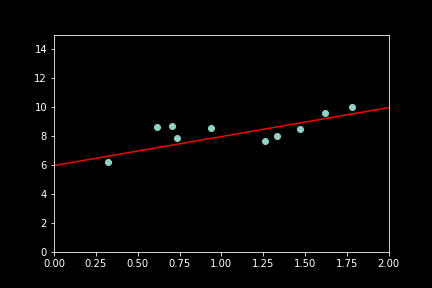 Using the normal equation to train your linear regression model is linear in regards to the number of instances you wish to train on, meaning you will need to be able to fit the data set in memory.

There are many other ways of to train a linear regression, some which are better suited for large number of features, these will be covered in later posts.